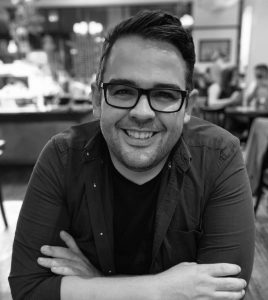 Based in Glasgow, Scotland’s UNESCO City of Music, and with deep island roots, the agency began life over a decade ago as TwentyTwo Promotions. Rebranded and refreshed in 2020, the new name better represents who we are, and what we do. CCM: Craig Corse Music. Live.

Over the last ten years, Craig has developed a roster of leading names from across the Scottish folk scene, complimented by select international roots and world music acts. Our artists tour worldwide, drawing and strategically growing audiences in many corners of the globe – not just throughout Scotland and the UK, but across Europe, Canada, the USA, Australia, Asia and beyond.

From Kirkwall in Orkney, Craig has spent most of his life involved in music. A keen musician himself, he first received fiddle lessons at the age of eight, and in his teens went on to teach with the award-winning Orkney Traditional Music Project. Although much more commonly found side or backstage these days, Craig still occasionally performs as part of large ensembles such as the Orkney Folk Festival’s Gathering project – and that creative insight and artistic grounding hugely influences the agency. We understand the music and its roots, and the creative ideas that our artists are pursuing – and how that can work across stages and connect with audiences worldwide.

With a wealth of experience in booking, artist strategy, marketing and programming, Craig has also been an invited industry panelist at music conferences and events throughout the world – from Canada and the USA, to Malaysia, Australia and throughout Europe and the UK.